During one of my visits to the shop Planteimporten, I noticed this rainbow fish, that I had never seen before. It was very pretty and since I was looking for community fish for my 430 liters akvarium which at the time was a community tank. It was on sale, 10 for 100 DKK and I made use of the offer.

In the tank they behaved exemplary and didn't bother any of the other fish. They swam back and forth in the top part of the tank and sometimes the males courted the females but I never observed any signs of spawning.

After a while they started to disappear from the tank, one by one and in the end I only had 4 left. I moved them to another tank to see if any of the other fish were to blame, but the deaths continued and even though it lasted a good while before the last one died, it eventually did. Later I found some information online, and it seems it is rather sensitive to water quality and requires that water is changed often. I believe this is the underlying cause to my sudden problems. I had a period of 2-3 months where the water changes was very in-frequent, but since no other fish showed any symptoms, I didn't think that was the problem.

I don't have any of these anymore, but I would recommend it as an alternative community fish, if you are on the look out for that kind of fish. I might try it again some time in the future. 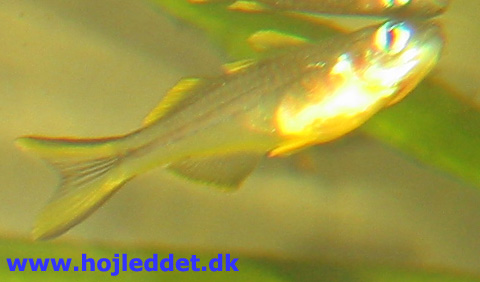