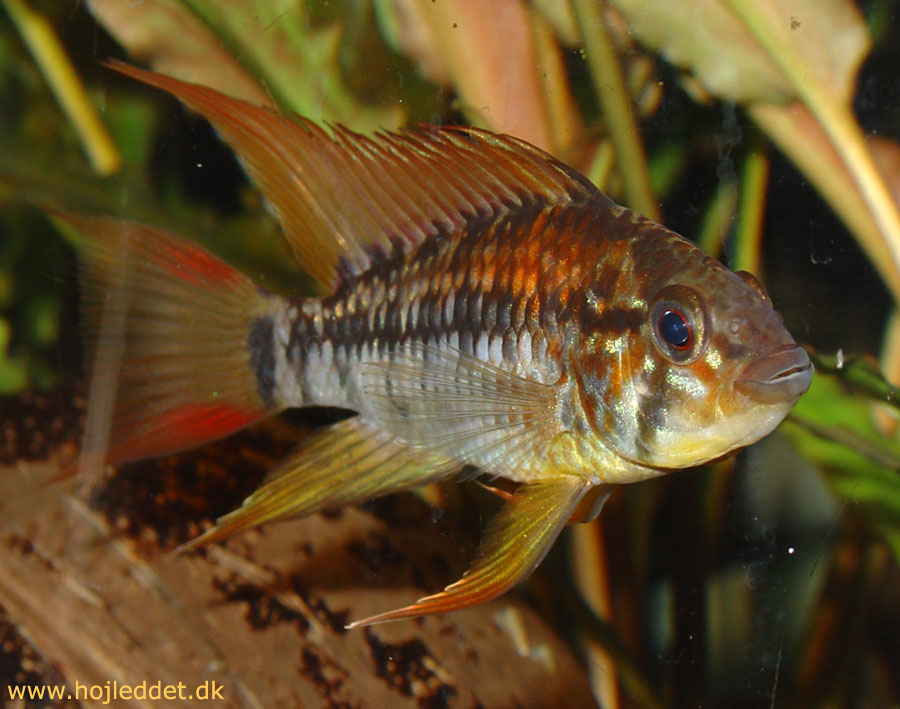 The A. viejita is, like the A. nijsseni, one of the species I have been hesitating to buy earlier because they require soft water to breed, but I have been forced to accept that you have to choose which species you want to breed, and what species you "just" want to keep because they are interesting or beautiful. A. viejita belong to the latter category and I find it both very beautiful and interesting to watch.

TOgether with a large portion of my South American cichlids, the female died in 2003 when my tanks was hit by intestinal worms . Later that summer the male also died, probably due to my bottom 325 liter tank springing leak and I was forced to move all the fish around. The cause of dead was probably stress following the unplanned moves.

Sometime in the future I would like to try with A. viejita again. 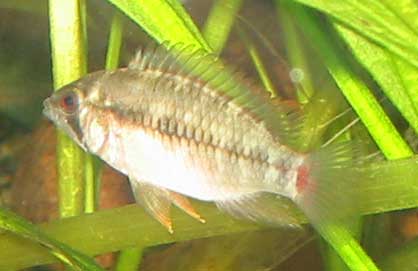